The race to Habana Cuba started with three days of boat work and skippers meetings at the St Petersburg yacht club. USA 415 elevated the team to stardom at the dock. Racers and cruisers stopped by asking how many crew, to be confused by the answer of "just us". People checked out the boat, asked how long, and responded with wows and disbelief at only 21 feet. We took it in stride, wearing the reactions as a badge of honor.

A little about the race itself

I leave on a nearly 300 nautical mile sailboat race. We are sailing from Tampa to Havana Cuba.

The race started just offshore from the Tampa St. Petersburg yacht club. It then proceeds out of Tampa Harbor under the "SunShine Bridge" 180 miles to Rebecca Shoal. From there its a mere 80 ish miles to Hemmingway Harbor, Cuba! The total race is about 280 nautical miles and I think we sailed ~300 to get there.

USA 415 is a Mini Transat Prototype.

For its intended use, racing across the Atlantic Ocean, the Mini 6.50 is very short and beamy, being nearly half as wide as it is long. Its width carries to the stern, providing sufficient stability that the boats can plane as a fast motorboat does: Minis are capable of sailing as fast as 25 knots. They typically have two connected rudders and a narrow steel or iron fin keel with a lead bulb at the end, with a mast height twice the Mini's length. They also have a retractable bowsprit that extends a spinnaker-genoa "kite" two or more meters beyond the bow. Minis must be self-righting when capsized, and this is tested by pushing the end of the mast underwater with the vessel's hatches open; this design avoids the possibility of turtling.

There are two divisions: production and prototype. Production boats use approved designs and comparatively conservative materials. The prototype division is more liberal with respect to dimensions, such as keel depth and mast height, and it allows for advanced technology such as "canting" keels and carbon-fiber masts. The prototype class is approximately 7% faster.

Back to the Race:

We met a sailing pro, who had plenty of mini transat knowledge, and who had worked on the Hugo Boss racing program. While his name escapes me, we crossed paths throughout the lead up to the race, and after the finish.

At the final dinner the night before the race, the race committee announced the race would be delayed 22 hours due to weather. While we were frustrated with the decision at the time, we later learned it was based on the ability to enter Hemingway marina safely. We took the extra day to spend more time doing boat work, provisioning, and getting her as ready as possible. Likely the delay was a blessing in disguise 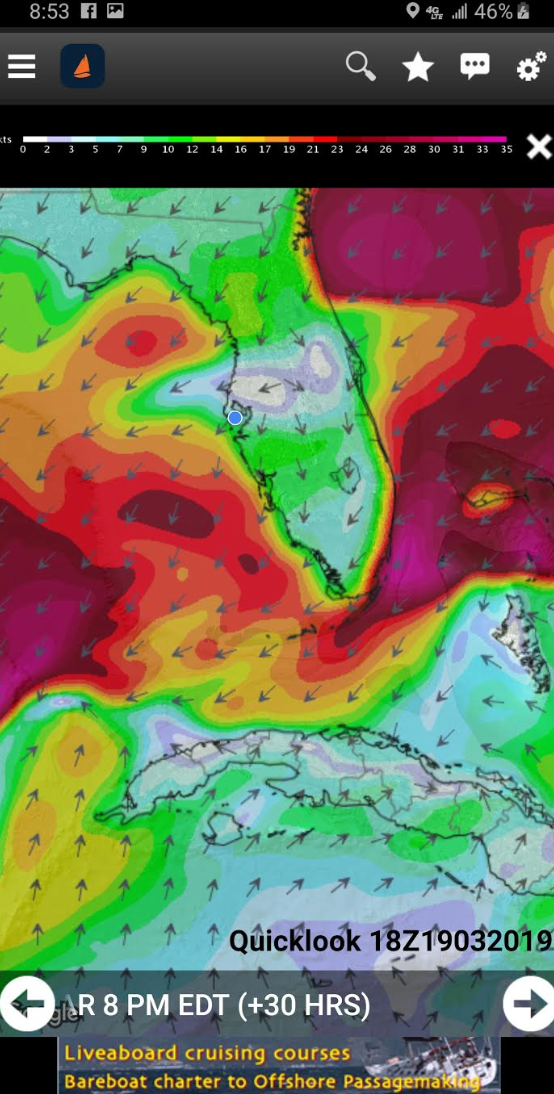 Note: This was an instance in time before the race. RED and Purple are higher wind strengths. Much of the weather we saw on Tuesday night of the race can be seen here. 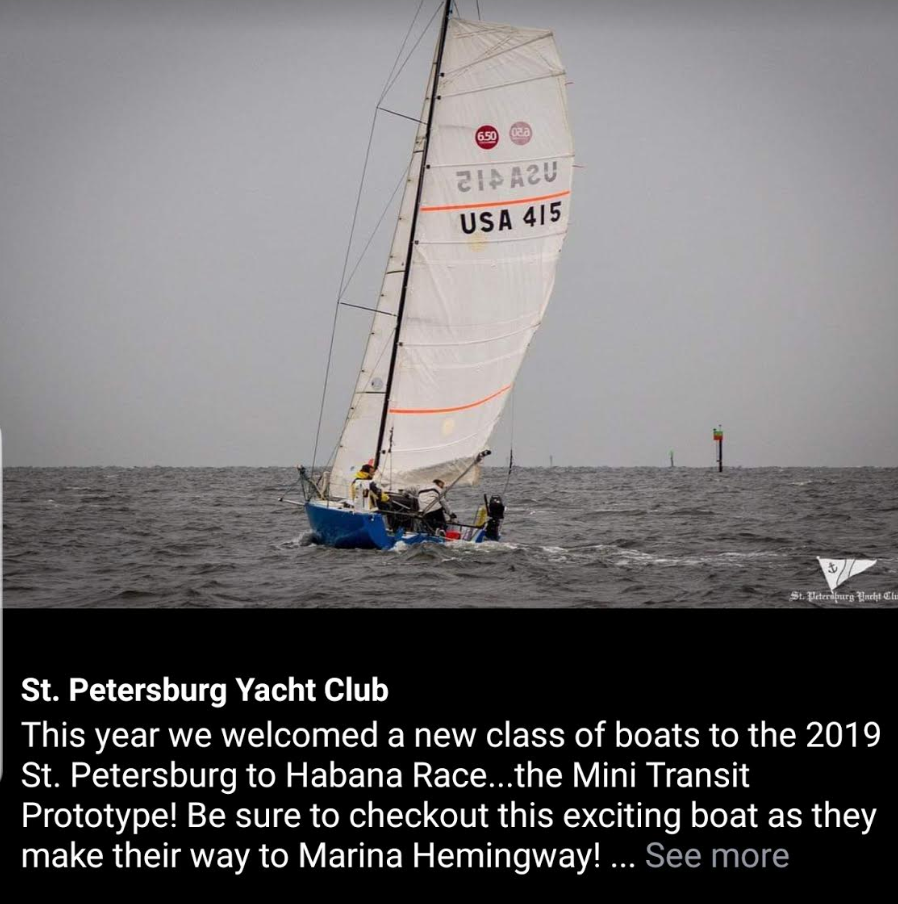 Note: This picture was taken just after the start.

The race started cold, breezy, with a drizzle. We achieved our third row, safe start, and blasted with jib and main, the wind just ahead of the beam. We tried the pink kite on the way to the Sunshine bridge but shrimped it under the hull. We were able to retrieve the kite and half the Gulf of Mexico. We settled in past the bridge, with a bit of a round-up in front of the Coast Gaurd. Did I mention we are learning the boat? 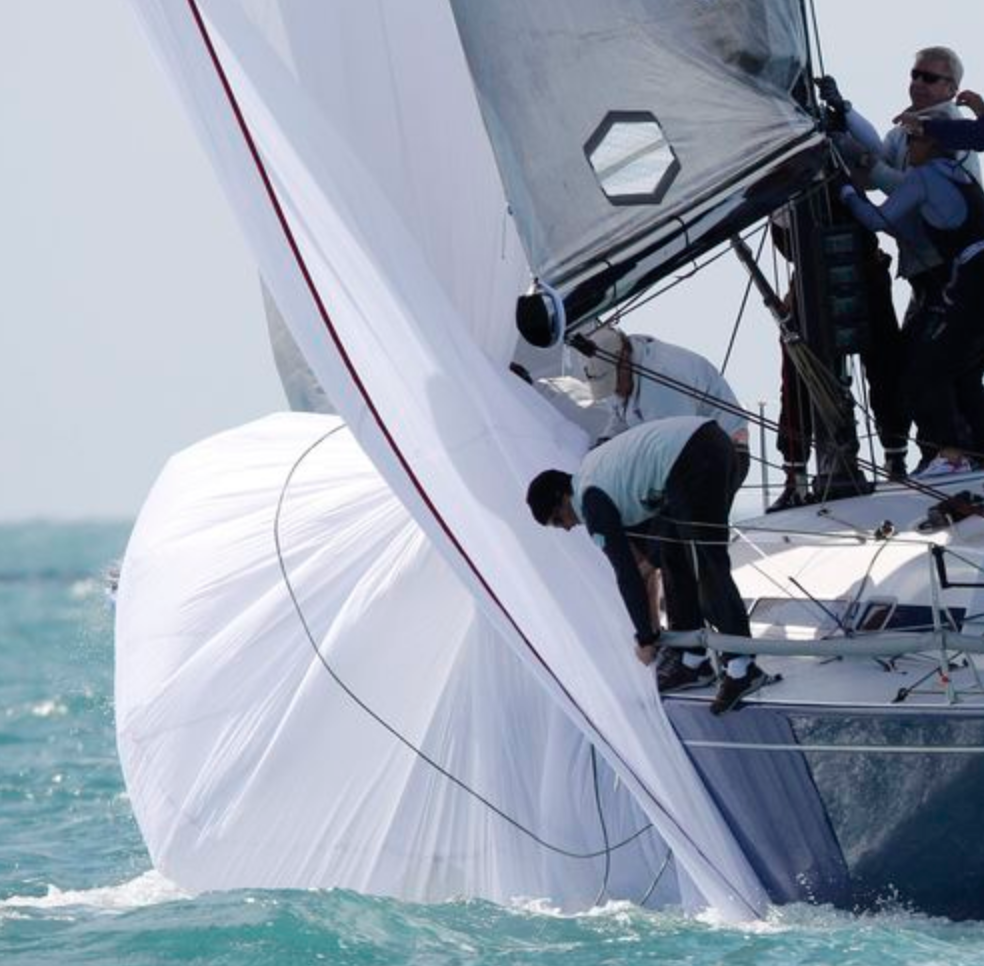 Note: This is not our boat USA 415. for those that don't know a "shrimped spinnaker" is a mishap that is usually caused when taking down a spinnaker on a boat. If the bottom of the spinnaker gets in the water It can fill up with water and usually gets tangled up under the boat. We did all of this but had a good recovery.

After as many sets and douses as a buoy regatta, we settled in on a job for a long time and a kite for a long time, allowing us to focus on driving, trim, boat speed.

One memorable spinnaker run showed us a glimpse of mini sailing, the lift off the kite had the bow completely airborne, ready for take-off.

Jim took a bit of time to find his sea legs, ensuring the fish were well fed along the way.

Sleeping below was surprisingly decent, laying on a damp spinnaker and a stringer is surprisingly enjoyable, with adequate sleep deprivation

At night, we slowly caught a series of 40 footers when the breeze was up, then gave up grounds when planing was not possible. 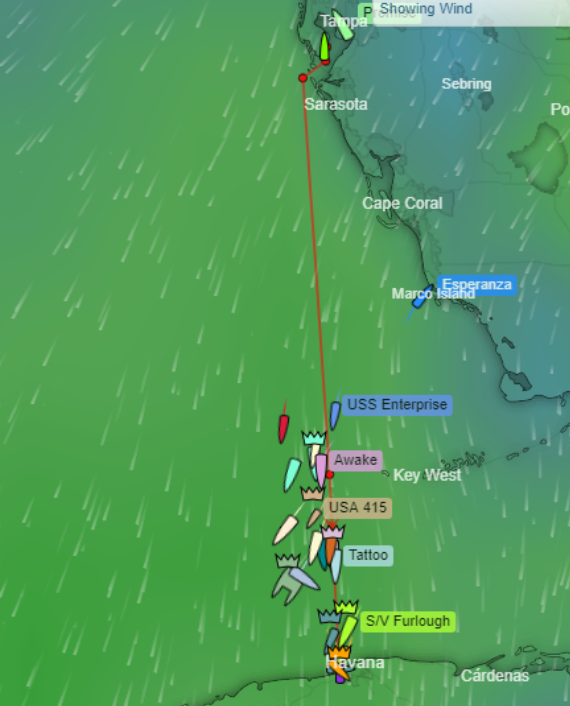 Note: We had slipped in position because the wind lightened and we stopped plaining.

Rebecca Shoal was surrounded by turquoise waters, flat conditions, and an occasional seaplane bound for the Dry Tortugas.

The 90 miles to Cuba included crossing Gulf Stream, a 3-4 knot river pushing us due east. Lake sailors were challenged to figure out the ideal angle, but the string breeze and warm waters made the sailing fun

Coming into the finish, we followed radio protocol, but with the main batteries mostly drained and the handheld dead, we were in conservative mode with a lee shore ahead. The guide boat opted to assist the vessel astern, so we dropped sails and cautiously motored through the narrow reef cut. We later learned the two orange pfds floating were a memorial to those who died in that same reef cut a few days earlier. 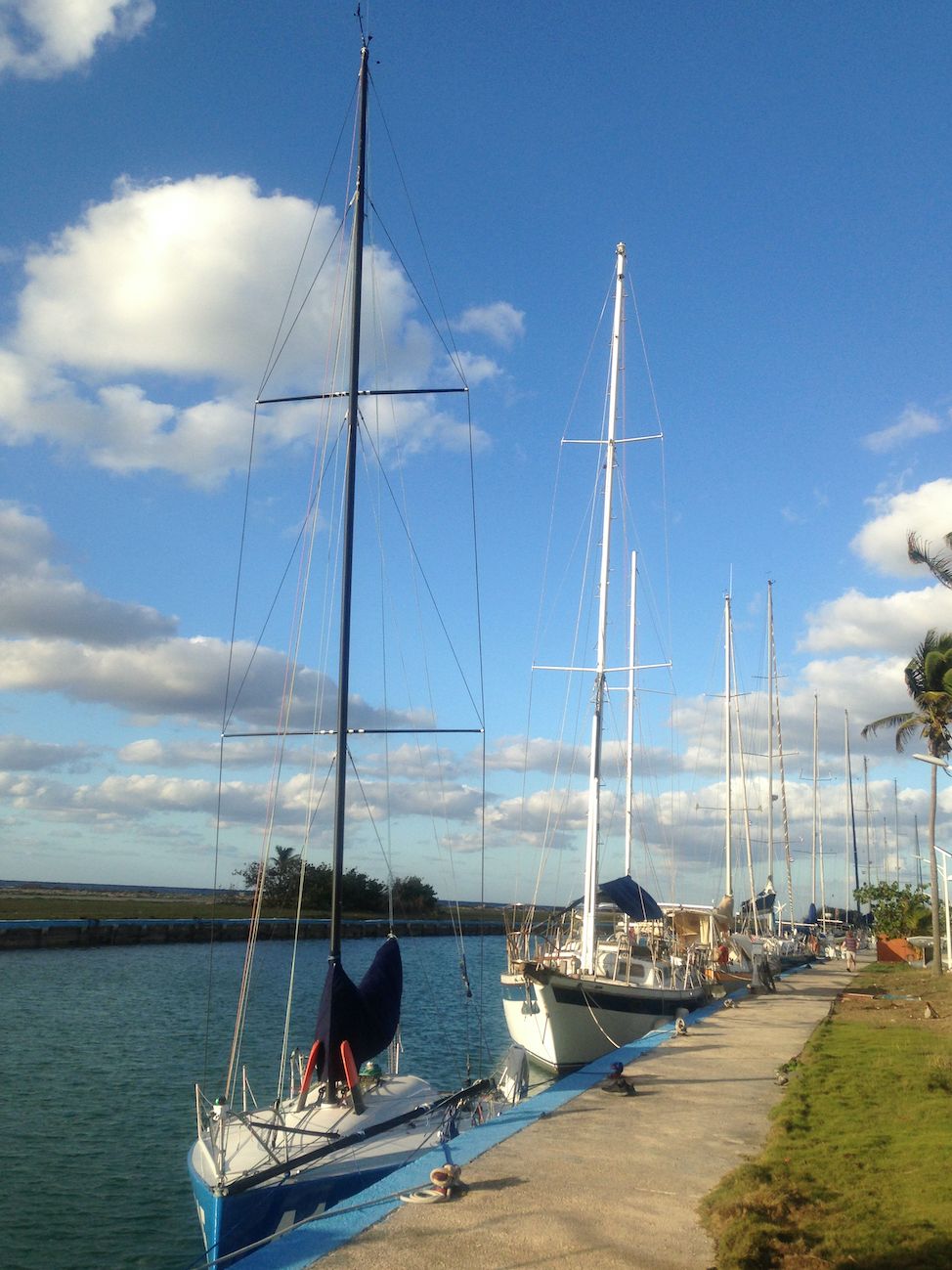 Note: Our little boat tied up on the seawall in Cuba!

Stepping foot on Cuban soil was a rush, entering a forbidden land. Agents only sent one poor soul below to inspect, and it was a quick inspection. They found the contraband, four packs of Duracell batteries. They quickly had five or six people photographing the evidence. Peter learned of Jim's Spanish abilities when he explained the batteries were for the lights and GPS, crisis averted. 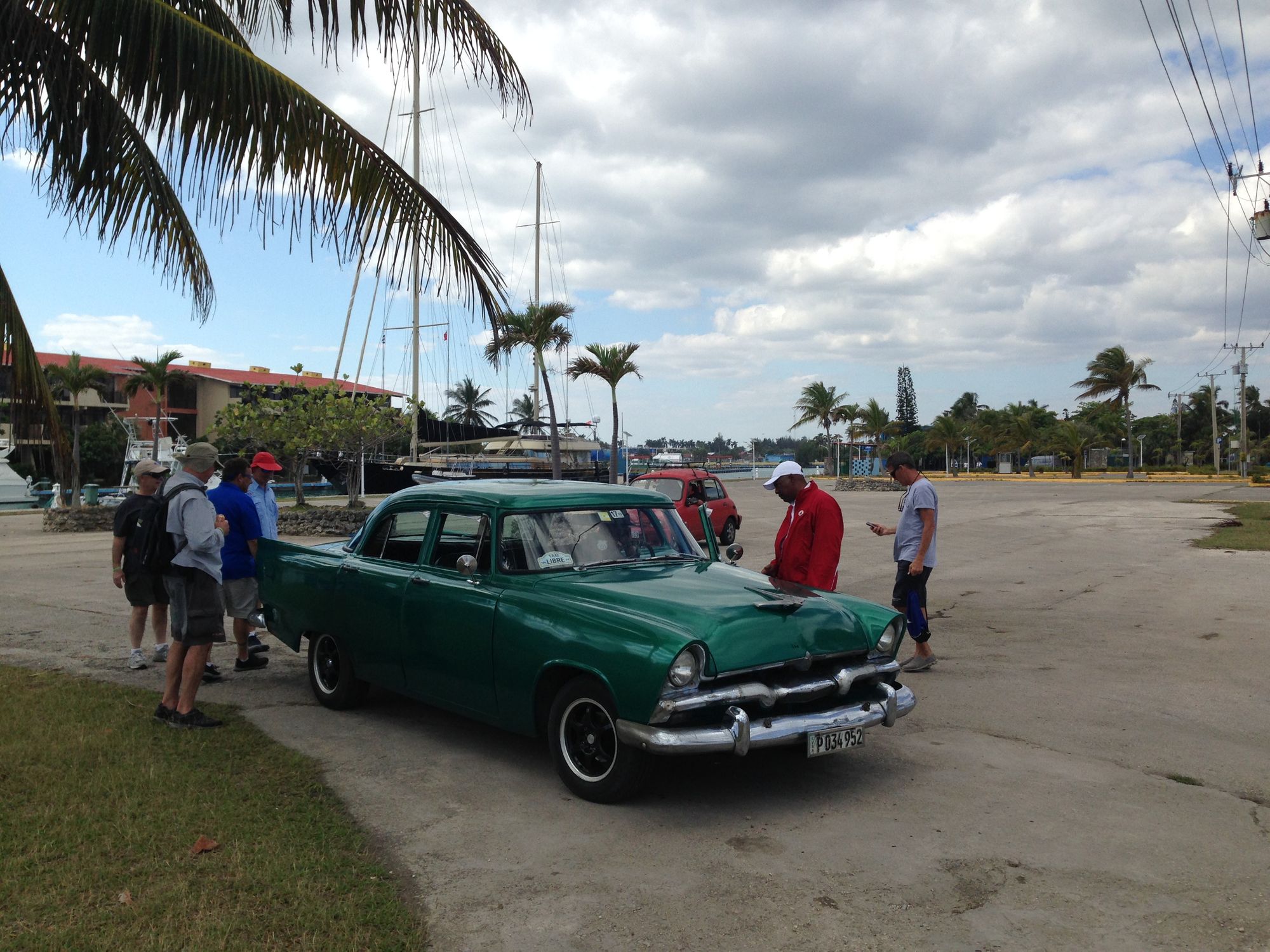 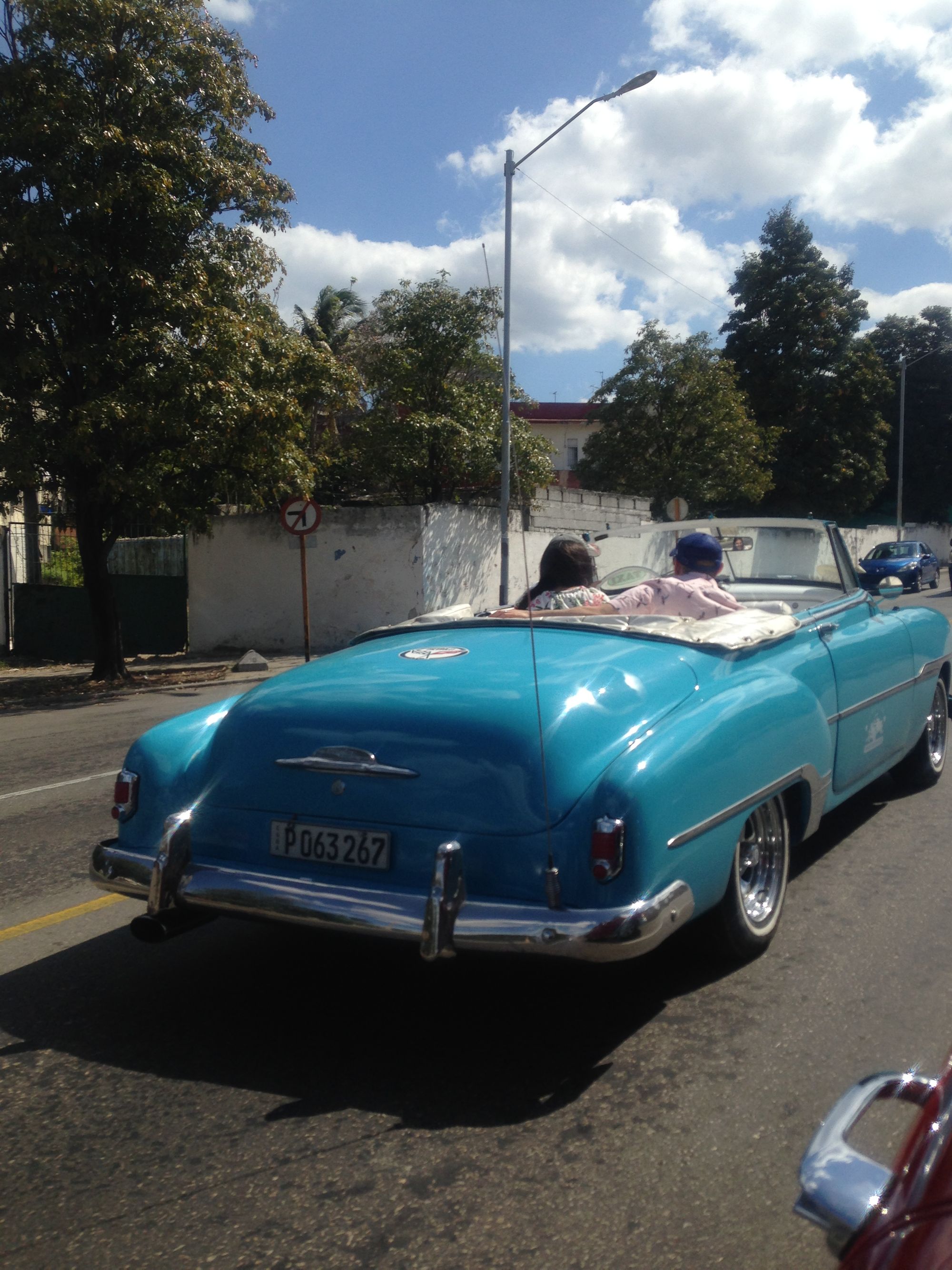 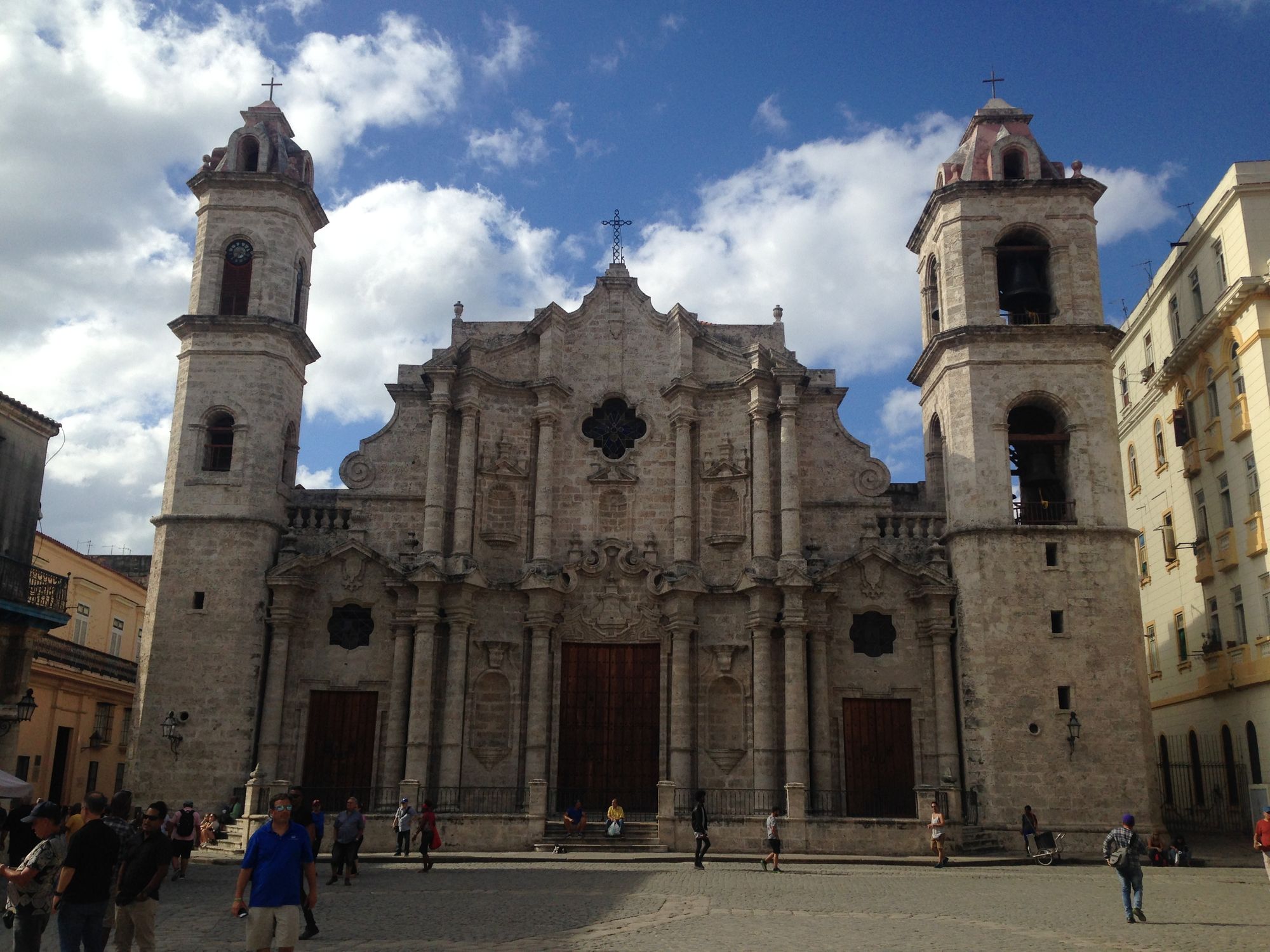 Note: Cuba is such an amazing place! It is a total time capsule to the 1950s. The people were just amazing and we had a great time. Everyone knows "a guy"...

Exhausted, we joined Mike Bird and Jack from Anna Cara, a 45 or so foot cruiser, for a beer and a coke. Stories abounded, friendships were formed.

After getting settled in at the hotel, we headed for dinner at an amazing seafood place. After being buzzed in, we feasted on sushi, ceviche, swordfish, shrimp, and dessert. 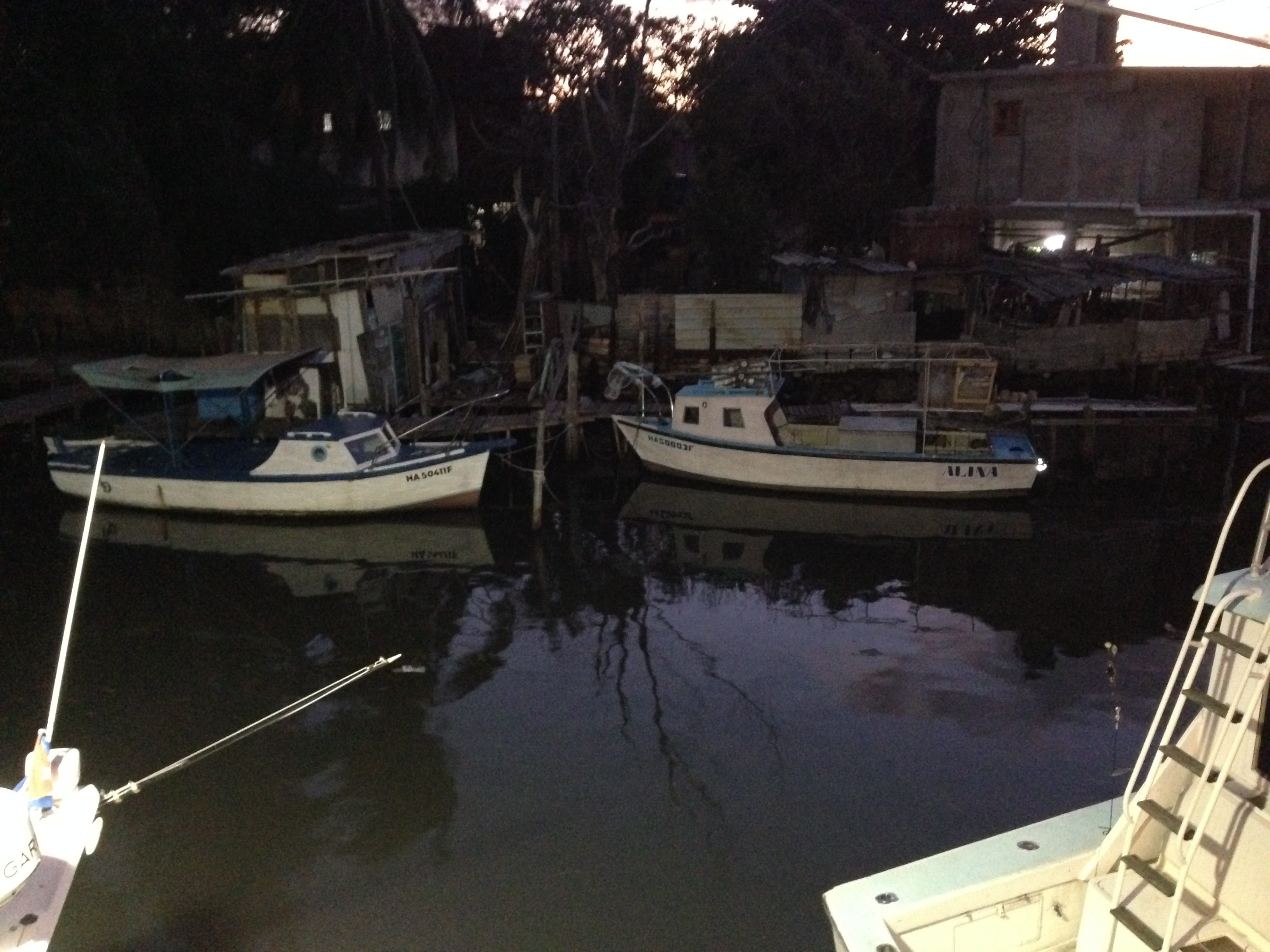 Note: River View from the restraunt.

It was a brilliant end to a fabulous beginning on USA 415! 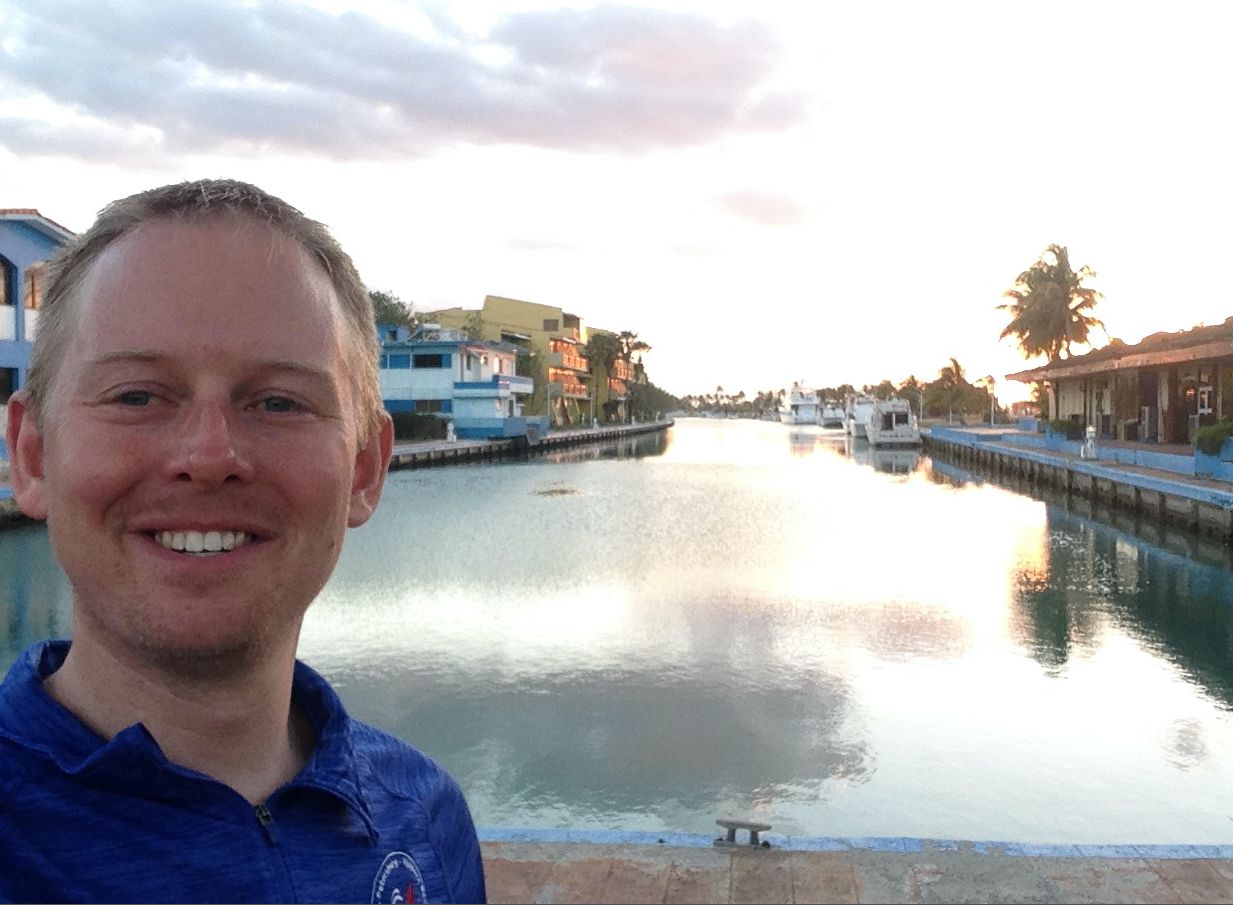 Note: Jim Nachtman looking refreshed after a long race! He is a great sailor and I am honored to sail with him.